Philippe Michiels (°1975, BE) and Ruben Castro (°1990, BE) guide you through an interactive installation that transforms the museum space into a live photo lab. For this experiment, the public is invited to join the artists in the creation process. Visitors make their own landscapes using models. Philippe and Ruben study the new compositions and capture them in photographs that are printed directly on to the walls – turning the exhibition hall into one big dark room.

From the 16th century onwards, artists used a camera obscura to project the landscape they wished to paint through a pinhole on to a wall. This natural phenomenon eventually became the analogue camera, thus freeing the artist to explore and document their surroundings in photographs that can be exhibited in a conventional space.

For this intervention, Philippe and Ruben oppose the photographer’s traditional approach: the museum itself becomes a place of exploration. An imaginary landscape is created using physical models that can be moved around on a table. The original meaning of the word landscape, derived from the old Frisian Dutch word “landschop”, meaning shovelled land, is referenced here. It was used to designate the surface of the earth that had been shaped for human habitation.

From 15 December until 8 January, you can create your own landscapes by moving models around. Open from Tuesday until Sunday, between 10am and 6 pm (except for the Dark room days).

Join the artists as they develop and print landscapes on the wall:

Come see the result of Shaping Landscapes at the finissage on sunday January 8. 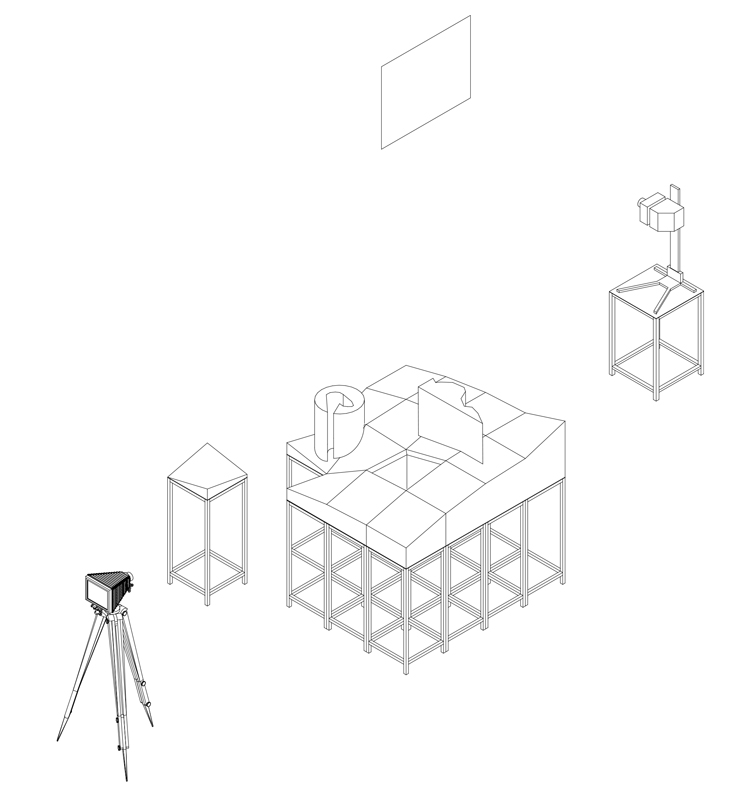 Philippe Michiels (°1975, BE) focuses his work on a search for personal identity, for a shared history and on reconnecting to a more natural state as individuals. He has upcoming exhibitions at the city theatre in Sint-Niklaas and at Consouling in Ghent. He dropped out of his interior design degree at KASK and will graduate in 2017 from SASK in Sint-Niklaas.
— www.philippemichiels.com